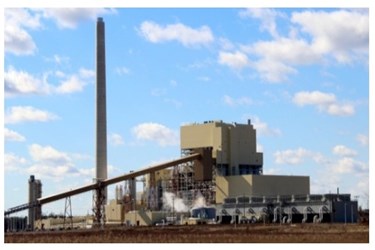 The technologies also enabled Southwestern Electric Power Company (SWEPCO), an operating unit of American Electric Power (AEP), to reduce the cost of control system validation and testing by more than $100,000 and to significantly streamline operator training on controls for the new ultra-supercritical plant.

SWEPCO engineers used an Ovation high-fidelity simulator to extensively test, validate and finely tune the new system’s coordinated control strategies before actual plant startup. By providing a simulator in a secure, virtual environment, Emerson enabled numerous AEP engineers from across the U.S. to participate remotely in the comprehensive logic and integration testing, slashing testing time from 8-10 weeks to only three weeks, and saving more than $100,000 in travel and living costs. Extensive remote testing also enabled SWEPCO to minimize the need for control changes after startup.

Operator training also presented a particular challenge for SWEPCO. While some of the new plant’s staff came from other AEP/SWEPCO sites, more than half the 33-person operations department were new hires with no previous power-industry experience. The Ovation simulator was instrumental in training the entire operations staff on the use of the controls, as well as plant procedures used during normal operations and abnormal conditions. Operators were able to become familiar with the controls prior to startup, learning the interactions between plant systems through a highly realistic simulated environment, thereby reducing the likelihood of human error once the plant was fully operational.

“By taking advantage of simulation, SWEPCO was able to efficiently train its new staff and bring the plant online in an abbreviated timeframe,” said Bob Yeager, president of Emerson Process Management’s Power & Water Solutions. “Their experience is a testament to the logistical, operational and financial benefits that are possible for utilities that fully leverage this powerful technology.”

About Emerson
Emerson, based in St. Louis, Missouri (USA), is a global leader in bringing technology and engineering together to provide innovative solutions for customers in industrial, commercial, and consumer markets around the world. The company is comprised of five business segments: Process Management, Industrial Automation, Network Power, Climate Technologies, and Commercial & Residential Solutions.Sales in fiscal 2012 were $24.4B. For more information, visit www.Emerson.com.

Ovation, SureService, SmartProcess, PlantWeb, Syncade, Fisher, Micro Motion, Rosemount, Daniel and DeltaV are marks owned by one of the Emerson Process Management legal entities. Other marks are the property of their respective owners.

Emersontechnologies were instrumental in slashing the time required for commercialization and training new operations staff at the John W. Turk Jr. Power Plant. The 600-MW plant is the first ultra-supercritical power plant built in the United States.